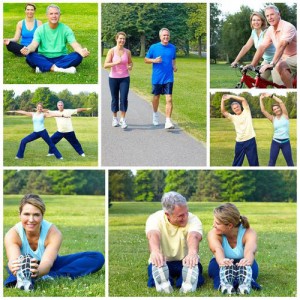 Research studies have found that lifestyle changes can indeed help with type 2 diabetes prevention or delay of onset among high-risk adults. These studies included people with IGT (Impaired Glucose Tolerance) and other high-risk characteristics for developing diabetes.

Lifestyle interventions included diet and moderate- intensity physical activity (such as walking for 2 1/2 hours each week). In the Diabetes Prevention Program, a large prevention study of people at high risk for diabetes, the development of diabetes was reduced 58% over 3 years.

Studies have also shown that medications have been successful in type 2 diabetes prevention in some population groups. In the Diabetes Prevention Program, people treated with the drug metformin reduced their risk of developing diabetes by 31% over 3 years. Treatment with metformin was most effective among younger, heavier people (those 25-40 years of age who were 22 to 36 kilos overweight) and less effective among older people and people who were not as overweight. Similarly, in the STOP-NIDDM Trial, treatment of people with IGT with the drug acarbose reduced the risk of developing diabetes by 25% over 3 years. Other medication studies are ongoing. In addition to preventing progression from IGT to diabetes, both lifestyle changes and medication have also been shown to increase the probability of reverting from IGT to normal glucose tolerance.