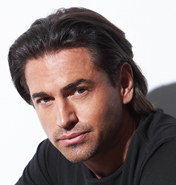 Like many Australian actors, Justin Melvey’ s rise to fame began with his Logie Award winning role on Australia’s most popular television drama
– Home Away.
Throughout his life, Justin’s passion for skiing led him to represent Australia in the Freestyle World Cup. Living in America he uncovered his passion for acting where he studied dramatic arts in L.A and New York. Over the five years, Justin played a leading role on NBC’s number one daytime drama, Days of Our Lives, and landed another leading role on the ABC’s Emmy Award winning daytime Soap, General Hospital. He also starred in US released Movies & had the great opportunity to work opposite Michael Caine in “The Debtors” He also performed at the Sydney Opera House, a hilarious leading performance in the hit play, The Complete Works of William Shakespeare, before touring nationally. His comedy skills were also challenged as a guest performer in the Great Debates series on Network Ten’s Hit show Good New Week. 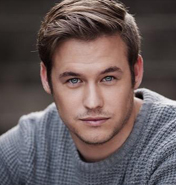 Nathan Morgan grew up on the Sunshine Coast and started acting and modelling as soon as he left school. He spent 2 years in Sydney on a modelling contract which included billboard campaigns, magazines, catwalk shows, and the Network Seven program Make Me a Supermodel. After modelling, Nathan moved into acting, acquiring roles in advertisements, and several roles on series featured on Pay-tv. Nathan now works for Network Seven Kids TV show Saturday Disney as a Host/Presenter. During his time on the show Nathan has travelled to places like Iceland, LA, Hong Kong, Japan and much more. Some of Nathan’s story highlights include interviewing Steve Carell, Anna Faris, and childhood hero world champion Surfer Tom Carroll.
In Nathan’s spare time he enjoys surfing, developing his camera skills and writing scripts. 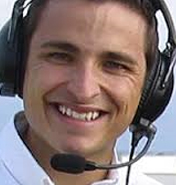 Vic Lorusso is one of Sydney’s most recognised TV and Radio personalities. He pioneered airborne traffic reporting in Australia for the TEN Network in 2002. He can be seen every weeknight on Channel TEN’S 5pm news bulletin, and is heard regularly across many Sydney radio stations including WSFM and the ABC. Vic is also regarded as one of Sydney’s best real estate auctioneers. Vic returned in 2015 as the Celebrity Auctioneer of the Jelly Bean Ball and has been incredibly supportive of the DANII Foundation and our mission since inception. 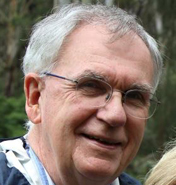 Neville Howard was Danii’s Endocrinologist and President of Diabetes NSW for a number of years. A senior Diabetes Physician at Westmead Children’s Hospital and Royal Alexandra Hospital for Children. Neville was also the principal Australasian investigator on TRIGR (Trial to Reduce the Incidence of type 1 diabetes in the Genetically at Risk) global study which is aimed at the prevention of type 1 diabetes. Dr Howard has followed intimately the path of the DANII Foundation and strongly supports our mission since inception.