PARENTS will no longer have to worry about their diabetic kids dying through the night with the government today announcing free continuous glucose monitoring kits for children and teens under the age of 21.
The $54 million dollar announcement by the Federal Government will see a sticker placed on the skin of a child or young person with diabetes to estimate blood glucose levels.
Alerts will be sent to parents’ smartphones when their child’s glucose levels become concerning and they can administer the appropriate medical response.
Currently continuous glucose monitoring kits cost up to $4000 a year, but from tomorrow they will be available to eligible families for free.

NEW DRUG: Diabetes will no longer be a death sentence for many 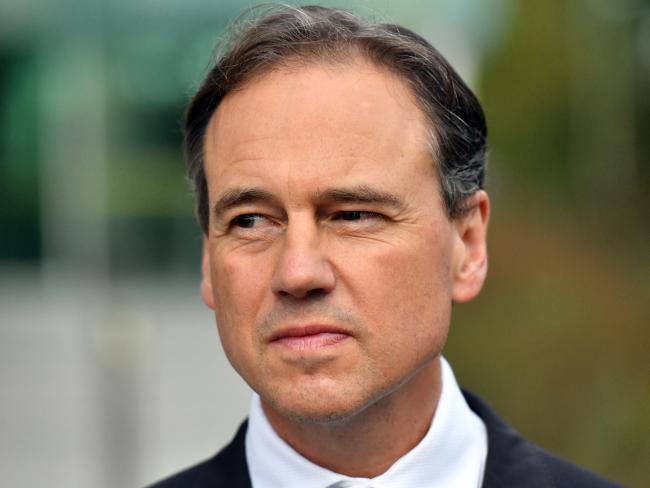 Federal Health Minister Greg Hunt said free continuous glucose monitoring kits for children and teens under the age of 21 will change lives for the diabetics and their parents. Picture: Mick Tsikas.
There are 15,000 child and teen Type 1 diabetics sufferers in Australia, however it is estimated around 4000 will access the new program.
Type 1 diabetes is an auto-immune disease that attacks a person’s ability to produce insulin.
Children and young people with the disease have to monitor their glucose levels around the clock.
It’s estimated around 10 Australians with Type 1 diabetes die each year overnight due complications relating to their disease.
Health Minister Greg Hunt said continuous glucose monitoring would save lives and also reduce the hassle of the daily finger-prick for diabetics.
“While the finger-prick method is effective and accurate, it can be quite a difficult and upsetting process for some children and their parents, with up to 10 tests needed every day — including several times every night,” Mr Hunt told News Corp Australia
“This will be life-changing for children, young people and their families.” 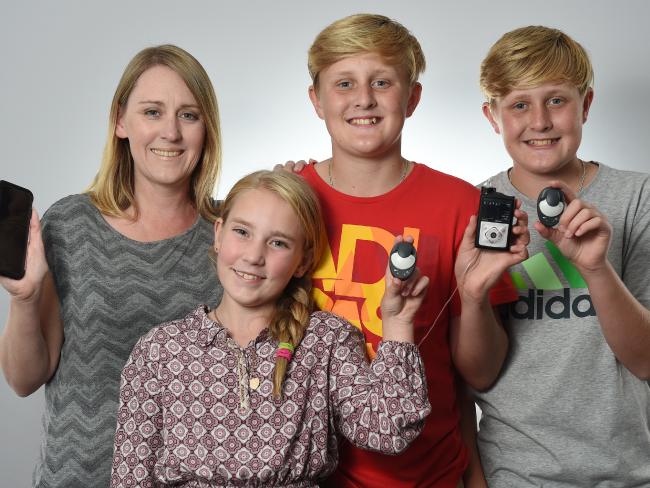 Mum Shannon, left, with twins Ayden and Connor, 13, and Isabella, 10, with their CGM (Continuous Glucose Monitor) transmitters and chargers. Picture: Jason Sammon.
Twins Ayden and Connor Macpherson, 13, and their sister Bella, 10, all have type 1 diabetes. Parents Brett and Shannon check the glucose levels of all three at midnight and 3.30am.
“Our kids are pretty active with sport and can have delayed hypos so we have to do checks throughout the night,” Ms Macpherson said.
“It’s difficult and constant.”

Diabetes Australia CEO Greg Johnson said today’s announcement would massively ease the burden for families with children suffering from Type 1 diabetes.
“It is hard to overstate the significance of this,” Mr Johnson said.
“It will literally change lives and save lives in thousands of Australian families where children and young people have Type 1 diabetes.”
Mr Johnson said for parents, the burden of having a young child with Type 1 diabetes was enormous and many didn’t sleep well at night for fear their children would suffer hypoglycaemia — dangerously low blood glucose that can lead to unconsciousness or even death. 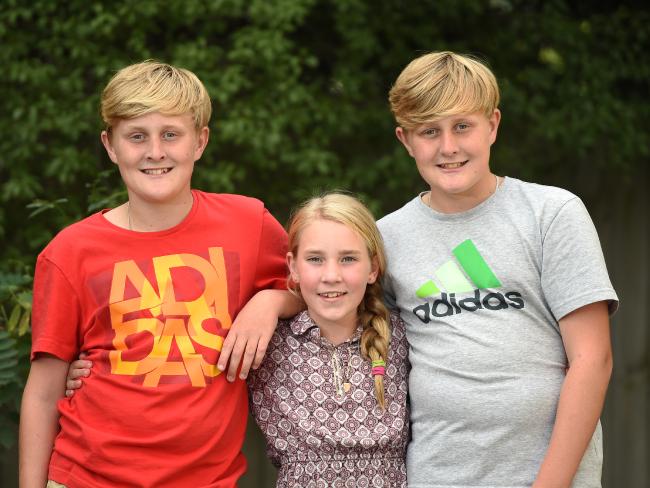 Twins Ayden and Connor Macpherson, 13, and their sister Bella, 10, all have type 1 diabetes.
“We have parents telling us that they haven’t slept for 10 years because they lie awake every night worrying if their child would have hypoglycaemia and lose consciousness,” he said.
Parents who think their children will benefit from a continuous glucose monitoring kit should consult with an authorised health professional who will assess their need.
Eligibility assessment forms will be available to download at www.ndss.com.au.
Opposition health spokeswoman Catherine King said the government should have delivered on continuous glucose monitoring kits three months ago.
“We know that continuous glucose monitoring devices can be life-changing and potentially lifesaving, and we were pleased that delivering this technology was a bipartisan commitment at the election,” Ms King said.
“The government’s election costing said that this technology would be delivered three months ago.
“We also call on the government to expand access beyond children to other at-risk groups, for example pregnant women, as Labor committed to at the election.”